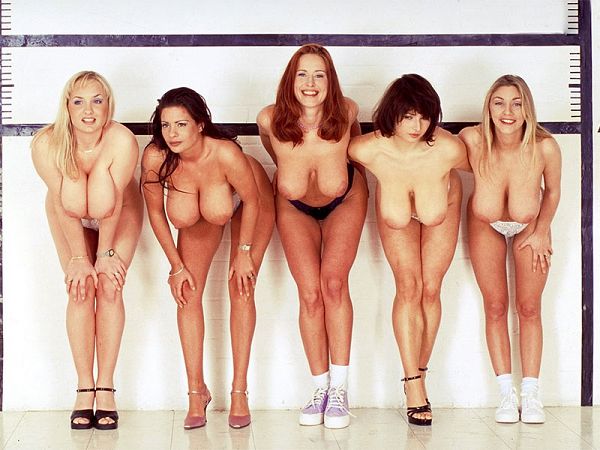 The British feature Bouncing Boobs with Linsey Dawn McKenzie, Lorna Morgan, Jessica Turner, Kerry Marie, Autumn-Jade, Chloe Vevrier and “Russian” Kathy was filmed in October of 1999. The British Board of Film Classification (BBFC) passed it in 2000 without requesting any cuts and classified it 18. Sold on VHS tape only in the United Kingdom, Bouncing Boobs was never released on DVD.

A nearly-forgotten big-bust movie starring the very cream of the great British superstar naturals of those years, Bouncing Boobs was photographed at various locations in London including a car show. The original tapes were discovered only recently after close to 20 years in storage. This lineup video shot on a set designed to look like a police lineup wall inspired more of this kind of comparison shoot in future SCORE movies, such as On Location Key Largo.

The video of this lineup was shot in March of 1999 to include American Autumn-Jade and Germany’s Chloe Vevrier who were visiting SCORE in London. (Chloe and Autumn did a girl-girl scene while in town.) The rest of the feature was filmed later with the addition of Kerry Marie but without Chloe and Autumn’s participation.

In the original cut of Bouncing Boobs that clocked in at 55 minutes 43 seconds, only ten minutes of lineup footage was used. This uncut SCOREClassics.com lineup video is close to 36 minutes. 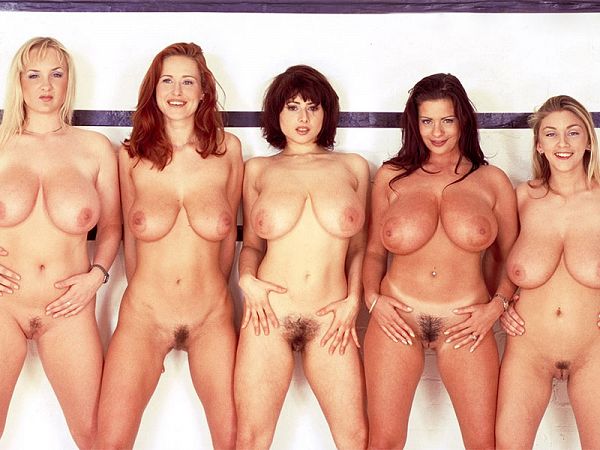