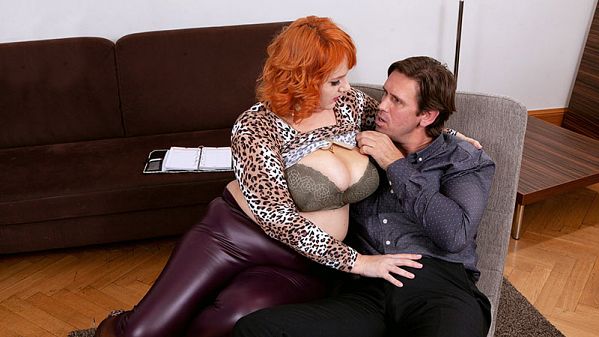 Tom Holland is visiting a new therapist to help him with his big-tit and big-butt addiction. Man, did he pick the wrong therapist. Actually, she is the right one. Red-haired Katrin Porto is going to straighten him out, as in straighten out his cock.

Tom is on her couch as Katrin takes notes in her book. She drops her pen and bends down to pick it up. When Tom sees that ass in pants that looks glued on her ass and legs, he loses his mind and reaches out to touch her cheeky cheeks.

Katrin knows the effect she has on guys. She usually doesn’t fuck her patients but believes that it will have a therapeutic effect on Tom. She offers him her big tits, which he eagerly sucks. They get rid of her blouse and bra while Tom feasts on Katrin’s breasts.

Katrin pulls his cock out of his pants and dangles her tits on it. Taking it in her hand, she jerks him, sticks it between her boobs and sucks on it. She treats his dick like she’s sucking candy.

Katrin gets on her own therapy couch on her hands and knees, ass in the air, so Tom can plow her pussy from behind. In that position, we can see Katrin’s boobs swing with every thrust. 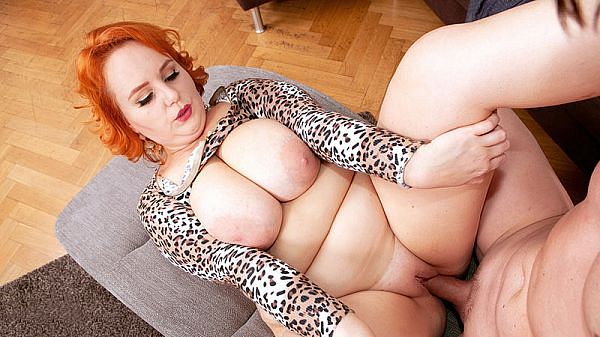